Established in 1994 by the Graduate and Professional Council, the Rollins Society recognizes graduate and professional students who have significantly advanced the well-being of self-defined communities beyond the scope of their academic work. GPC named this honorary after James S. Rollins, the former Missouri Senator, who is celebrated as the “Father of the University.” Throughout his career, Mr. Rollins advanced the welfare of the University of Missouri through generous financial contributions and numerous legislative efforts, most notably his sponsorship of the bill that established the Columbia campus as the official university of the state. During Mizzou Tap Day, the Rollins Society will continue its tradition of honoring Mr. Rollins’ memory by inducting a select group of graduate and professional students who follow his example of dedication to public service, and whose record of service affirms the importance of the Society’s watchwords Officium (Duty), Fides (Faithfulness) and Ductus (Leadership). 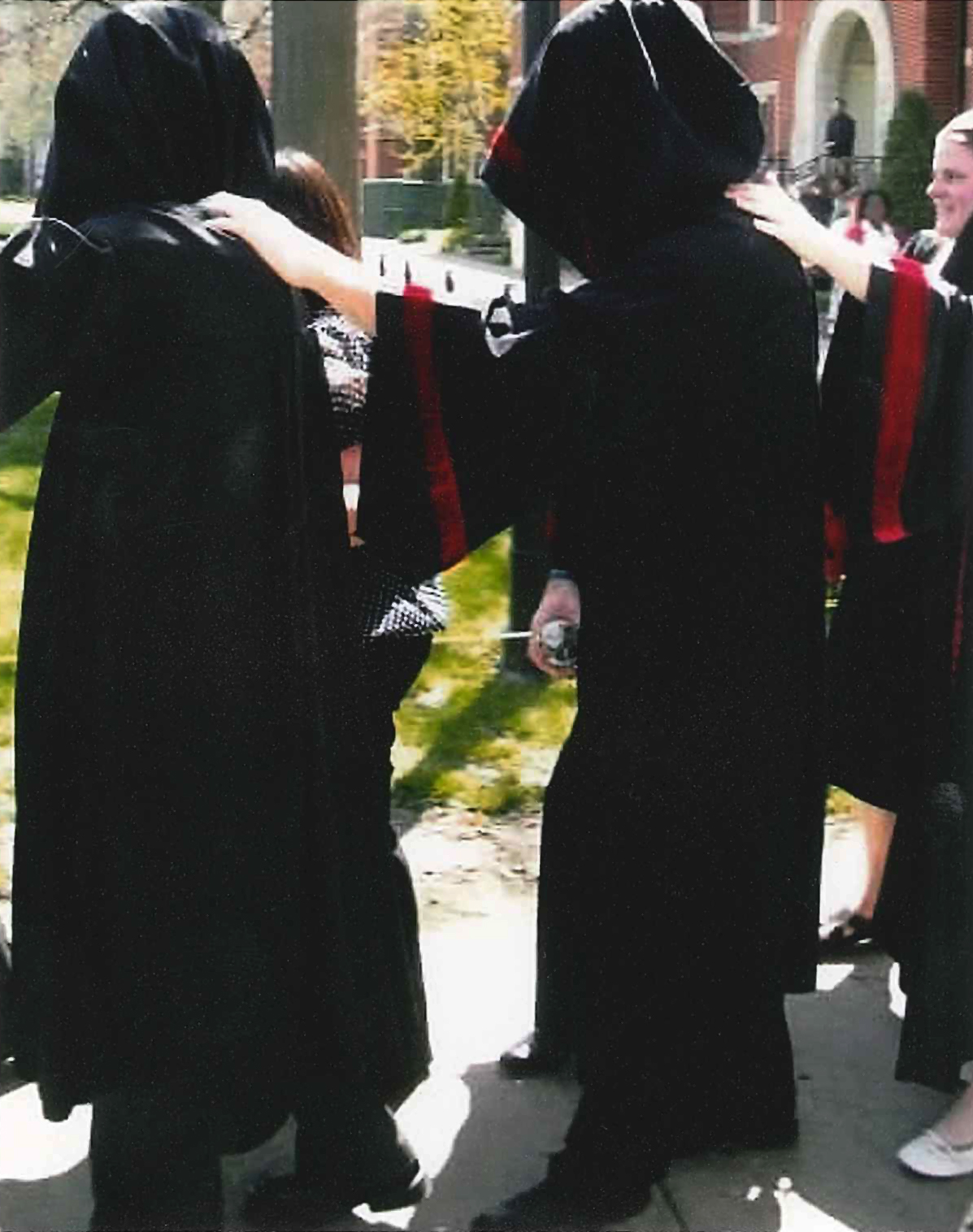 Rollins Society was named for former Missouri Senator James S. Rollins. As a member of the Missouri Legislature, Rollins was tenacious and persuasive about University issues, and he is warmly remembered to this day for his many contributions to MU through generous financial support and numerous legislative efforts. Most notably, starting in 1839, he helped convince the General Assembly to pass two acts that established the location of the University of Missouri here in Columbia as well as established needed annual funding that effectively stamped this campus as the “official” state university. In 1872, the Board of Curators recognized Mr. Rollins as the “Father of our University.”

A brief excerpt from the 1891 memoir of the senator’s life, written by W. B. Smith, illustrates the significant and powerful roles that James S. Rollins played through his life in order to benefit many, including Mizzou. In 1886, Rollins resigned from the MU Board of Curators due to failing health. In his letter of resignation, Rollins reflected on his life-long work and stated (p. 310):

As this step severs my official connection with the Board, I think it proper for me to express to its members, individually and collectively, the gratification my long and pleasant association with [the Board] during the last forty-seven years has given me in our efforts to advance and strengthen the University in the confidence and affections of the people of the State, to whom it belongs.

So far as I am personally concerned I may add that it has been a life-labor with me, begun as it was now nearly a half century ago, when [this] institution was [first] located in the County of Boone. From that day to this, as [a] citizen, as member of our House of Representatives, of the State Senate, and of your Board, as a member of Congress from this district, and as a lifelong friend of popular and higher education, I have done all in my power to advance these great [objectives].

In accordance with Mr. Rollins’ efforts, the Rollins Society aspires to foster the value he placed in community and leadership through personal sacrifice to transform belief into tangible reality and encourages others to do the same. Our Society was founded to honor exceptional individuals, such as you, who emulate Mr. Rollins’ example and demonstrate inspiring, extraordinary dedication to improving the quality of life for others.

Every spring, for more than sixty years, Mizzou has sponsored a Tap Day ceremony to recognize new initiates of several campus honorary societies. Membership of these groups is open to upper-class and graduate students regardless of their academic school or college. Tap Day, named because of the “tapping” of new members, will be held in Jesse Auditorium in Jesse Hall..

Tap Day recognizes the exemplary performance of students in the academic and non-academic arena. Students are selected based on their academic, leadership, and/or service achievements. Each honorary group also “honor taps” a faculty, staff, or community member whom they feel has significantly contributed to the educational experience of students at the University of Missouri.

Like all traditions, certain aspects of the ceremony have remained constant throughout the history of Tap Day. The ceremony begins with a processional of University officials, initiates, and current members.  The identity of the initiate is held secret as they are dressed in robes and their heads are covered. As the new initiates’ names are announced, a current member or designee “taps” the initiate by removing their head covering. The ceremony officially closes with the singing of the Alma Mater, “Old Missouri.”